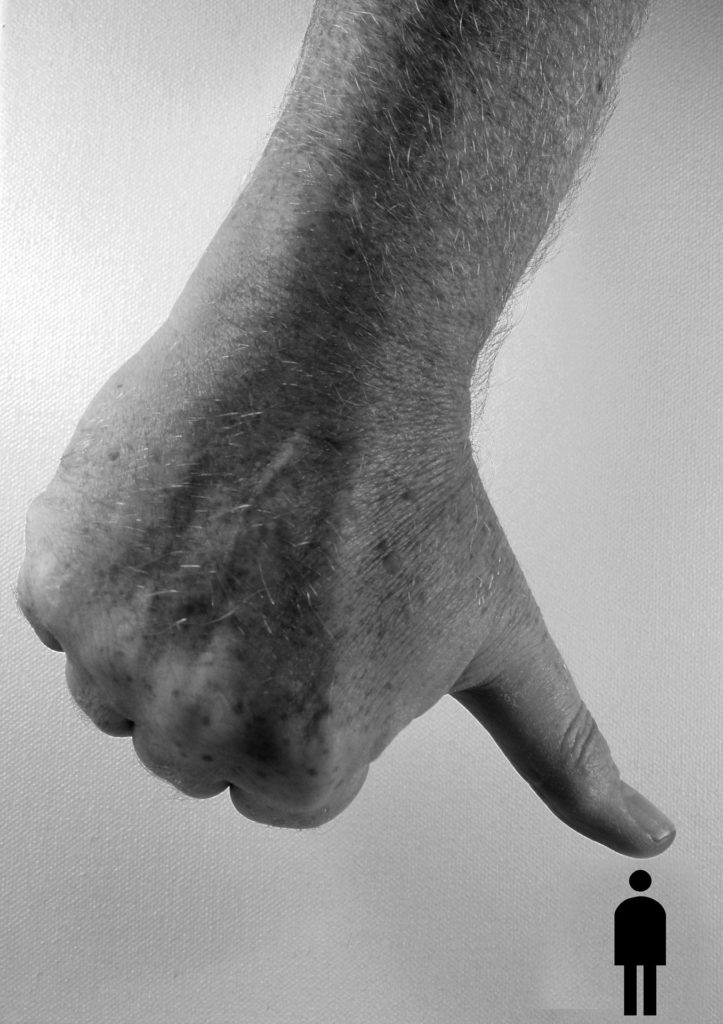 Parents have to choose which rules and behaviors will be mandatory in the home and which will be optional.

In our home RESPECT was a non-negotiable value and it should be in yours as well!

Parents who allow their children to treat them disrespectfully are doing themselves and their kids a great disservice.

The simplest way to understand this is found in the adage, “Don’t bite the hand that feeds you.”

It’s much more than a cliché — it’s an important principle of human relations that our kids need to learn while growing up in our homes.

And yet I see many homes where the kids treat the parents with complete disregard.  They behave as if the parents owe them things. And too often the parents seem to believe it.

Why would parents tolerate such disrespect?  Perhaps because they are trying to keep the kids calm and it’s easier to take the abuse rather than confront the behavior.  Perhaps it’s because the parents have such a low view of themselves that they somehow think they deserve to be mistreated.  Perhaps the disrespect crept in slowly and subtly and they’ve failed to recognize how inappropriate it is.

Whatever the situation, I want to make the case for having zero tolerance when it comes to disrespect in the home.

First of all, let’s see how respect for authority works in the real world…

That’s the way the world works.  And yet in today’s culture if a kid disrespects a parent we often see that parent continue to shower the kid with blessings!  Why would we keep feeding someone who bites our hand?  It doesn’t make any sense!

Second, as parents, we need to recognize that our kids are completely beholden to us.  We have resources, assets, and benefits that our kids desperately want.   We — not they — own the house, the car, the computers, the TV, the internet, the food, their clothes, their bedroom, their phone, their tablet, the furniture, Netflix, their toys, their hobby and sports costs, their private lessons, their extra curricular activities, special gifts, etc.  (Legally, we are only required to give them basic food, shelter, and protection.  Anything beyond that is optional!)

Third, the earlier respect is insisted on, the easier it will be to maintain.  As soon as our toddlers could talk we implemented this three-fold rule for requesting anything from anyone.  1.) It had to contain the word “please.”  2.) It had to be in the form of a question.  3.) It had to be given in a pleasant tone of voice.  This taught them at the earliest age that to request a favor from someone required respectful treatment.

Fourth, too many parents handle disrespect by demanding respect, yelling at the kids, blaming and shaming, or treating them in other disrespectful ways.  Let’s never fight disrespect with disrespect!

Side note:   as parents we have a Biblical right to be treated respectfully.  The New Testament says, “Children obey your parents in the Lord for this is right.”  And the Old Testament commands children to “Honor your father and mother.”  And extreme disrespect for parents was even considered a capital crime.

But as parents, it’s not always useful to claim our rights.  Too many parents use the Bible as a weapon to control their children, “lording it over them.”  I’ve seen this produce resentment toward parents as well as toward God.  Jesus modeled servant leadership, not authoritarian leadership, which lays aside our rights.

In conclusion, let’s handle disrespect in a way that prepares our kids for how the real world works — by simply withholding blessings. Don’t make it an issue of asserting your authority, rather make it about reasonable human relations — one shouldn’t expect favors from those one offends.  Do this with empathy and with a clear motive of instruction — rather than threats or retribution.

If you’ve been lax on this, the first conversation might go something like this:  Johnny, I’ve noticed a pattern happening in our home that I feel we need to change.  When you speak to me [in such and such a way] I feel disrespected.  If I were to continue to shower you with blessings after such treatment it would not be teaching you the right lesson.  That is not the way the world works.  The old adage, “Don’t bite the hand that feeds you” is true and it would be wrong for me to reward disrespectful treatment.  I just wanted to have this conversation to start you thinking about the disrespect that I sometimes feel from you.  I want to give you the opportunity to begin to change that behavior so that I feel respected by you.  But I also want you to know that if your disrespectful treatment continues, I’ll need to start re-evaluating the blessings I provide you to see if withholding them for a while might be a good teaching tool for you.  I want to shower you with blessings and it would make me sad if I had to suspend any of them.  Also, it’s important for me to say that I’m not asking you to do anything for me that I’m not willing to do for you.  I commit myself to treating you with respect at all times, and if sometimes you don’t feel my respect I want you to let me know that too, so I can make things right between us, ok?  I want our home to become a place where everyone feels respected and valued and I need your help to do that!