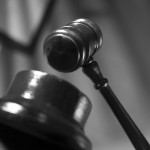 This past Wednesday our youth group talked about “sibling rivalry” as part of a three-week series called, “Family Ties.” As part of the night, Andrew Boone interviewed Cindy, Brenda, Lexi, and I about our family dynamics. As we shared about how our family works, we mentioned how restorative justice has helped keep conflicts from escalating in our home.

But how should we respond to such hurtful treatment?  Here are two common responses that I think fall short:

Punishment.  Often parents inflict punishments that have no relationship to the hurt that was caused.  Spanking.  Being sent to your room.  Grounding.  Loss of computer privileges, etc.  I know these parents are well-meaning in what they are doing. However, I suggest that this response falls short — the wounded party remains wounded and the offending party feels arbitrarily punished, which breeds resentment. The goal of family harmony has not been reached.

Requiring Apologies.  Sometimes parents take another approach at resolving the issue by forcing an apology.   Apologies are a good thing and they do bring healing when they’re genuine. The problem with this is that if the offender isn’t truly sorry about what he did, he can’t honestly apologize, so this forces him to lie.  True, you may get a lip-service apology, but it’s not heartfelt and I would suggest that the wounded party remains wounded (perhaps more so because a false apology adds insult to injury).  And the offender has been encouraged to simply go through the motions. Again, this falls short of the goal.

So what’s the alternative?  I suggest…

This idea stems from the very nature of God Himself–His justice! The concept here is that the victimizer must repay the victim — whether he is sorry or not. The injustice must be acknowledged and the offender (if of age) should have to propose some sort of compensation that will sufficiently right his wrongs. The victim (if of age) needs to determine if the proposal is sufficient compensation or not.  If the two parties can’t agree on proper compensation, then the parents will need to intervene and assign whatever is appropriate.

(By the way, this principle should apply to offending parents as well as the kids–everyone deserves to be treated with value and everyone needs to make things right when we fall short of that!)

Restorative Justice is how we run our home, and I credit it with giving us a great deal of family harmony which is a great treasure to us. And it’s self-perpetuating. Brenda and Lexi have learned to resolve their own injustice issues without much intervention from us at all.

But beyond the immediate family harmony that we enjoy today, there’s also a longer-lasting benefit I’d like to mention: building character for life!  Restorative Justice has become so ingrained in our family system that it’s now just the way we think. We’ve learned that all people are made in the image of God and therefore deserve to be treated with respect and that we must always make things right when we inevitably hurt one another!