Someday, I’ll likely discover that… I killed myself. 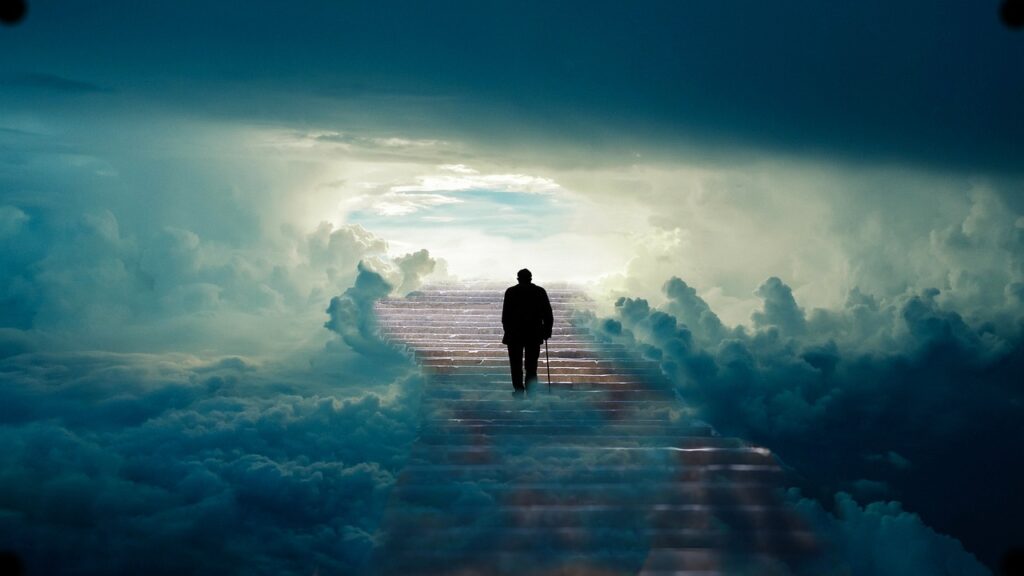 My guess is that someday when I arrive in heaven, I’ll find out that I’m there because I killed myself.

Of course, it’s entirely possible I’ll end up in heaven due to no fault of my own: I was murdered by a robber, hit by a drunk driver, or killed by a tornado.  But if I had to bet, I’ll bet it’s more likely that I will have contributed to my own death.  And I’m actually ok with that.

Why am I reflecting on all of this?

Because many people today seem consumed with doing everything possible to not kill themselves.  They seem bent on eliminating all health risks, trying to live as long as humanly possible.  This would be an understandable and appropriate view for those who do not believe in the afterlife.  After all, if this life is all there is, then maximizing one’s number of days makes total sense.  Eat, drink, and be merry for tomorrow we die.  Now there’s a consistent worldview!

But the Christian belief that we are currently living in The Shadowlands–as C.S. Lewis phrased it–and that paradise is our eternal destination means we mustn’t put an inordinate amount of focus on health, life preservation, and life extension.

Am I saying we should throw caution to the wind and live reckless lives?  Not necessarily.  But I am saying that those of us who hope in the afterlife should only take reasonable safety precautions–not absolute safety precautions.  We could spend our entire life fearfully consumed with avoiding every health risk, making safe choices, and joylessly striving to prolong our days, all the while potentially missing what we’re actually here for.  That would be an inconsistent worldview!

Christians like me who are convinced that heaven will be a far better place than earth should spend more energy dreaming of that life rather than holding-on-for-dear-life to this one.  The Apostle Paul said it well, “If I am to go on living in the body, this will mean fruitful labor for me. Yet what shall I choose? I do not know! I am torn between the two: I desire to depart and be with Christ, which is better by far (Philippians 1:22-23).  Paul wasn’t suicidal, but he kept a proper perspective on life and death.  For the believer, death is a promotion, not the end.

This eternal perspective allows us to worry little about life extension.  In fact, it goes the other way and even enables us to become risk-takers since the self-preservation of our mortal bodies is no longer our ultimate goal.   I have history on my side here;  we see the Christians’ disregard for health and safety throughout church history.  Look at the physical sufferings of the apostles. Look at generations of martyrs who chose to surrender their bodies to death rather than recant their faith.  Do we accuse them of self-harm or commend them for their strong faith?  Faith.

Consider the physically reckless way the early church cared for those with communicable diseases.  This morning I was reading how the early Christians in Carthage responded to the great plague of 251 AD.  “Cyprian urged them to nurse sick people and touch them.  He reminded them that they could act in this mortally dangerous way because their faith in Christ, which gave them hope for everlasting life, had healed their fear of death.”  [The Patient Ferment of the Early Church, 2016, by Andrew Kreieder, p. 111].

Someday I may learn that I killed myself.  It will likely have been due to ignorance, inattentiveness, or personal failure.  Oops.  Nevertheless, what I really hope to discover on that day is that my brief earthly life was characterized more by “fruitful labor” than life extension.