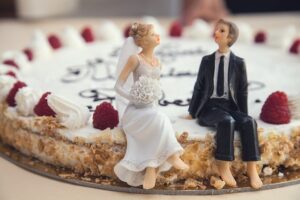 I saw a meme on Facebook that I can’t help but comment on.   There are some things about it that really trouble me, so I want to use the meme as a springboard to make some points that I think are important for a strong Christian marriage.

Divorce is 50-50 where you divide everything in half.

I think I get the overall intent of the quote:  “Don’t be half-hearted in your marriage but give it 100% effort.”  It’s certainly hard to disagree with that!  We could all use a reminder to put more effort into the things that matter!    So I agree with the spirit of the quote.

I also agree with the first phrase: “Marriage isn’t 50-50.”  Too many people enter marriage with the idea that “I’ll meet you halfway;  I’ll do my half and you do yours.”  The problem with this 50-50 perspective is that it makes the couple competitors; we’re comparing who’s putting in their fair share of effort.  And it sets up a comparison about who is working the hardest at the marriage.  The natural progression of this view results in “I’ll match your effort, but no more.  If you’re not doing your part, I’m out.”  Fairness, then, becomes the standard, and the success of the marriage hinges upon me coming out ahead, or at least we come out even.   In this view, marriage is essentially about me getting what I deserve.  So we can agree with the meme that marriage isn’t 50-50.

But what about the meme’s phrase, “Marriage has to be 100-100.”?   I disagree with this statement on multiple levels!  First of all, as I’ve blogged elsewhere, it’s impossible to give 100%  at anything — simply because we’re human.  And with marriage in particular,  Love Fails and we can’t perfectly keep our wedding vows even for a single day.   So it’s an illusion to think we can give 100%.  I’ll never get anywhere close to that.

But an even greater problem with the 100-100 model is that it takes us right back to the exact same problem we had with the 50-50 model:  I’ll match your effort.  “You do your 100 and I’ll do mine. and everything’s good.”  We’re right back in competition to see who’s putting in maximum effort.  Fairness is still the standard and getting what I deserve is still the driving motivation.

Is this what a Christian marriage should be about?  Hardly!  It’s neither an “I’ll meet you halfway” proposition nor it is an “I demand you be all-in” one.  Business partnerships may work that way, but not a Christian marriage because that’s simply not how biblical love works.  The agape love that 1 Corinthians 13 describes is a selfless, sacrificial, unconditional kind of love.  It has nothing to do with reciprocation or effort on the part of the other.  It’s loving someone regardless of what they are doing.  A Christian’s wedding vow to love until death is not a conditional contract, but rather an unconditional covenant before God that does not depend on the other’s effort. 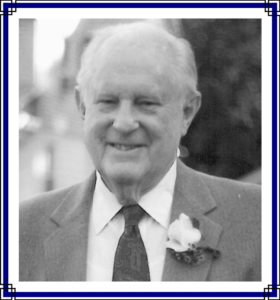 Over the years, I’ve seen many good examples of selfless love, but the gold standard, in my view, was the love modeled by my biological grandfather, Arthur Olsen toward his wife, my grandmother Ruth.   They were married for almost 70 years, which in itself shows a tremendous amount of commitment.  But the last years became the hardest for them both when my grandmother developed Alzheimer’s at the age of 72.  For the next eighteen years, my grandfather loved her unconditionally until her death at the age of 90.

What did his unconditional love look like during that final chapter of their marriage?  For the first ten years, he took care of her at home.  During that time, he assumed more and more (and finally all) of the responsibilities in the home:  cleaning, cooking, shopping, and caring for her every need with little (and finally nothing) in return.  As her mind deteriorated, she would even fail to recognize him at times, fearfully thinking there was a strange man in the house.  Yet he patiently and tenderly reassured her that she was safe with him.  And she was. 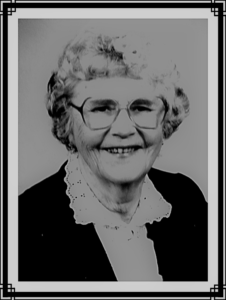 Eventually, it became necessary for her to move into a care facility, but for the next eight years, my grandfather stayed close by her side.  Though he was required to live in a separate apartment from the nursing center, he came down to see her nearly every day, sitting with her for hours, walking with her, washing her, changing her, and feeding her lunch and supper.  He would cut up her food as needed and spoon-feed it to her.  In the final six years, she didn’t recognize him at all.  In the final year, she could no longer walk and was completely non-verbal.  She grew increasingly non-responsive, head drooping, staring blankly most of the time.  Yet he remained by her side as her faithful husband.  Amazingly, never once did he complain.

The nurses at the facility teasingly said they wanted to marry my grandfather because they saw in him what a real man and godly husband really looks like!

So what should the ratio be?

I suggest we let Jesus be our model here.  Paul, in Ephesians 5, tells husbands to “love their wives as Christ loved the church.”  The whole point of the Gospel is that we are undeserving sinners and yet, Christ loved us anyway.  We did nothing to deserve His love.  In fact, while we were still his enemies Christ died for us (Romans 5:8).  So, was it a 50-50 proposition with Jesus, where He meets us halfway?  Not a chance!  Was it 100-100 with Jesus?  Ridiculous.  With him, it was 100-0.  And if His love toward His church is the standard for us to follow in marriage, then we’ll need a new ratio from the one in the meme.

Since we can’t be perfectly Christlike on this side of heaven, I suggest the model each of us should aim for is this:

In other words, faithfully love your spouse without regard to how much he or she loves you back.  That’s selfless, sacrificial, unconditional love!

[Note: in this post, I’m talking about normal marriage relationships.  If there is abuse, adultery, or abandonment involved, this post should not be construed to mean you must put up with it.  In fact, the most loving thing the abused one can do for the abuser would be to stop him or her from abusing you.  If this applies to you, protect yourself, get help from those you can trust, and institute whatever boundaries may be needed.]