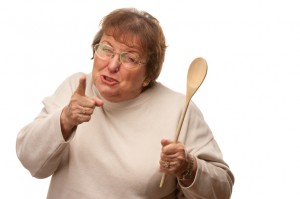 Somehow, most of grew up with the idea that when it comes to disciplining our kids, implementing immediate consequences is paramount.  Perhaps with toddlers it works, but with school-age children I couldn’t disagree more!

Perhaps this idea emerged from the behavior modification approach that they teach in psychology.  It’s true that Pavlov effectively learned to train dogs this way using immediate consequences and rewards, but children are vastly different from animals!  They can project into the future, reflect on the past, and utilize reason– something dogs just can’t do.

Think of how risky it is to enact immediate consequences for our kids’ misbehavior.

What if the next time we have a conflict we buy ourselves some time to figure out how best to respond?  To be sure, I do think it’s wise to immediately acknowledge that something just occurred that will need a response — but what if we waited on the sentencing?

Here are some possible ways to respond.

“Billy, the way you just spoke to me felt very disrespectful and I’m not ok with that.  Something needs to be done about this and I’m going to take some time to figure out what to do about it.  I’ll talk to your dad as well as some others and get their input and when we’ve reached my decision we’ll get back to you.  But try not to worry about it.”

“Sally, the damage you caused my car by your irresponsibility is going to need fixing.  I’m pretty angry right now, but I’m going give myself some time to cool off and talk to some other parents and then I will figure out what would be a fair way to respond.  I’ll get back to you.  But try not to worry about it.”

“Jane, you told us you’d be home at 11 pm and it’s now 12:15 when you’re walking in the door.  We’ve been frightened and scared for the past hour and we’re honestly pretty steamed right now. It’s enough for us to say that we’ll be giving thought to what the consequences for this should be and we’ll get back to you.  But try not to worry about it. Good night.”

What I’ve found in enacting delayed consequences is that sometimes the kids take responsibility to solve their own problem during the time-lapse between the infraction and the consequence.  Recently I confronted two high schoolers at church for their behavior and told them I was going to have to give thought to what my proper response should be and that I’d get back to them.  A few days later, I got a FB message from one of them, apologizing, explaining that they had talked about what went wrong with their behavior, and told me of their commitment and plans to prevent it from ever happening again.  Happily, I didn’t have to enforce any discipline at all — they did it to themselves.  Imagine the different ending to the story if I’d blown up at them and implemented a quick consequence that made them feel judged by me.