The greatest Christmas gift you can give your kids. 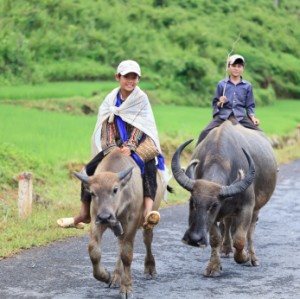 We live in a culture consumed with consuming, and at no time is this more obvious than at Christmastime.

Ironically, Jesus–whose birth we celebrate–said, “It is more blessed to give than to receive.”  Yet, two of the most common questions children are asked this time of year will be “What do you want for Christmas?”  and afterwards, “What did you get for Christmas?”  If Jesus is right, then we have it backwards.

Over the years, we’ve done three things in our home to reorient Christmas toward giving.

First, we simply don’t spend a lot of money on Christmas presents to each other.  We exchange presents that are meaningful, but far from extravagant. We’ve intentionally avoided the treadmill of having to keep up with the coolest and latest–and endless–fads and trends.  (That’s a treadmill that speeds up once you’re on it making it near impossible to ever get off.)  When the girls were young, they would take an annual Christmas Eve trip to the Dollar Store to buy us all gifts.  Of course things have progressed since then, but we still retain the value that it’s “the thought that counts” more than the monetary value or cultural trendiness.

The second thing pertains to the way we opened the presents under our tree.  Rather than delivering presents to the recipients, we delivered them to the giver.  This resulted in each person having a pile of presents next to them reflecting what they had to give.  Then, one-by-one, the family member would present his gift to to the recipient and they both had joy at the opening of the gift.  That way the focus was on the one who gave the gift every bit as much as the one who received it.

The third thing we did in our home to get the focus onto giving was an idea inspired by the excellent book by Randy Alcorn, “Money, Possession, & Eternity.”  It has to do with letting our kids experience the joy of giving generously to those in need.  He suggested we designate money for the kids to give away to worthy causes.

By his advice we decided to take some of the money we would normally give away at Christmastime and allow the girls to direct it to causes they were excited about.  The amount we gave each of them control over was hefty (over 10 times the value of our normal Christmas gifts to them) because we wanted them to experience the blessing of knowing they had changed the world.

They had to research where they wanted the money to be spent and be able to articulate to us why they felt it was important.  This has become our annual tradition–one that we now wished we had heard of long ago instead of when they were teenagers.  Over the years, Brenda and Lexi have purchased water buffaloes for families in Bangladesh, purchased a well in India, supported individual missionaries with whom they had a connection, given to the Advent Conspiracy, local ministries, and more.  The letters of thanks, photos, and reports of how their money was used confirmed to them that they had indeed made the world a better place.

We believe that allowing our kids to experience the blessing of giving will be the best Christmas gift we ever gave them.