Keeping computers out of kids’ bedrooms is not the answer.

(If you type in your email address to the right, you’ll be notified whenever I post.) 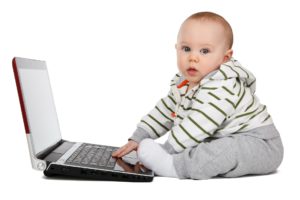 Sometimes parents believe that as long as the computer resides in a common family area our kids are safe.   I want to tell you about a bizarre intervention I did that proved how wrong this idea is.

Over a decade ago — in the days before cell phones — an anonymous teen began “Instant Messaging” me using a fake screen name.  All I knew was that he knew me and that he was someone in our youth group.  His IMs to me continued daily and he shared about being depressed and having thoughts of despair and suicide.   I was glad to offer as much encouragement and perspective as I could.  Over the course of several weeks he unknowingly gave me enough clues that I figured out who he was, but i didn’t let on.  I’ll call him Roger.

Late one evening Roger was especially troubled and messaged that he was planning to kill himself that very night!  He even had a plan in place!  Yikes!  I knew an immediate intervention was necessary, but I was unsure of how to proceed.

I needed to talk to Roger’s parents, but didn’t want to raise any alarm which might make him either kill himself or bolt.  Calling the family phone so late at night would be too risky.  I decided the best response was to drive to his house and assess the situation from there — and hopefully find a way to talk to his parents without his awareness.

I recruited my intern to sit at my computer, to keep Roger engaged in conversation with “me!”  What a nerve-wracking assignment it was for this poor guy — keep Roger alive by pretending to be me!  Prayerfully, I drove to Roger’s house.

When I got there I prowled around the house — in pouring rain no less — peaking through various windows to get a glimpse of what was going on.  What I found shocked me.  There in the family room his parents were sitting on a couch watching — no kidding — “Leave it to Beaver.”  Not 10 feet away Roger was sitting at the family computer typing his nightmarish, suicidal plans to “me.”    Wow!

Miraculously, I was finally able to get the parents’ attention without Roger’s knowledge.  Dripping wet from the rain, I revealed to them that their son was in a depressive crisis, which they were completely unaware of.  It took me showing them the written transcript I had brought of Roger’s dire IMs to convince them.  Once they were convinced, the three of us walked out into the family room and confronted him.  He was shocked — but ultimately relieved — to have been found out.  His parents showed tremendous empathy and concern, and immediately got him treatment for his depression.  Roger was rescued!

Today, more than a decade later,  Roger is an emotionally healthy,  growing Christian husband.  I still marvel at the way God allowed me to be part of that turning point in his life.

I wanted to share this story because it proves something very important:  parents mustn’t assume that simply having the computer in public view is enough to keep them safe.  Relying on that gives a false sense of security.

But perhaps my point is moot.  With today’s proliferation of computers at school and friends’ houses–in addition to tablets, ipads, smart phones, laptops, etc.–it would be nearly impossible for parents to monitor 100% of their kids’ computer use.

And even though I am in favor of them we can’t rely solely on filters, keystroke loggers, and accountability software either.  One couple recently told me how their teenage son builds and refurbishes computers with parts he keeps in his bedroom.  He knows way more about circumventing filters and firewalls than they do!

So is there any hope for protecting our kids from online dangers?   Four thoughts.

I’ll write my thoughts about the difference between Parental Control and Parental Influence in my next blog posts.