Why I want your kids to fail. 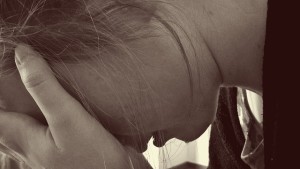 I want your kids to fail.

I want them to lose their library book.

I want them to forget their lunch.

I want your kids to oversleep and miss their first two classes.

I want them to get their bike stolen because they didn’t lock it.

I want them to miss the bus and be in a dilemma.

I want them to spill their hot chocolate all over the carpet.

I want them to fall asleep in class because they wasted their evening and went to bed too late.

I want your kids’ pet fish to die because they didn’t feed it.

I want them to feel sick because they ate too much candy.

I want them to forget to do their chores and have to repay whoever did them.

I want your kids to get an embarrassing grade on the history project into which they put little effort.

I want them to waste their allowance money on junk so they can’t buy something really valuable.

I hope they lock all three sets of keys inside their car so they have to call AAA for help.

I want kids to wear smelly clothes because they didn’t put them in the laundry basket in time.

I want them to be ticked off — at themselves.

I want us to have no cups on the spring retreat because the seniors forgot to pack them.

I want the junior class to incur $100.18 in late fees because they were two days late in returning their Star Wars costumes.

I want them to fail because I love them.  And you should too.

Parents spend far too much effort and emotion trying to keep their kids from failing.  I’m the opposite.  I actually hope for my kids to fail!

Remember, our goal as parents is to for our kids to learn to manage their own lives and make wise decisions — without our intervention.  After all, the goal of parenting is to raise adults, not children.  They become more like adults the more we treat them like adults.

Give them high levels of responsibility.

What to do when they fail.

I’ll close with a story from our home.  At one point when one of our daughters was in high school getting up in the morning was a problem for her. It may have had something to do with her tendency to waste time in the evening, procrastinate her homework, get to bed ridiculously late, and then have trouble hearing her alarm clock in the morning.  Cindy and I decided that it was in everyone’s best interest to make getting up her responsibility instead of ours.  From now on she would need to get herself up in the morning and get herself off to school on her own.

When her alarm went off that next morning, Cindy and I laid in our bed and did nothing.  It was hard to do, but we resisted the temptation to rescue her.  Lexi was late to school that day.  And that wasn’t the only day she would oversleep!

But we decided that this was Lexi’s problem.  If it caused her embarrassment to walk in late — that would be her social problem.  If being late would jeopardize her grades it would be her academic problem — she’d have to work that out with the school.  Well it didn’t take her too many weeks to figure out how to adjust her lifestyle and alarm clock placement so as to get herself to school on time, which she did for the rest of her high school career. The way she learned to overcome her failure gave us all great confidence that for the rest of her life she’ll be able to get herself where she needs to be on time!  And she has!

That’s why I want your kids to fail.