I want to die the way my dad just did…

I told my youth group yesterday morning that today would be a good day for my dad to die.  God answered our prayers.   It’s 1:30 am.  My mom just called to say my dad just went to heaven. 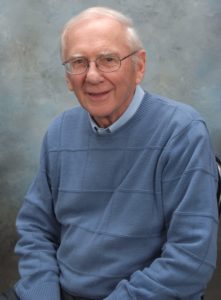 He had mentally left us on the aptly named “Black Friday,” but it took nine more days for his body to concede.  He was resting comfortably under Hospice care when he took his final breath.

“It’s Your breath in our lungs, so we pour out our praise to You only.”  That lyric from one of my favorite worship songs comes to mind right now.  Every breath is indeed a gift from God–none are owed.

Dad, aka Jim Forstrom, was 82.  He had suffered from vascular dementia for the past several years.  It didn’t alter his personality or physical abilities  but it did cause him to become spacially disoriented and he increasingly struggled to verbalize the thoughts that were stuck in his head.   In the past six months it was often hard to understand what he was trying to say.  He was always a good listener, but even more so as of late.

On Thanksgiving day, my parents had a group of dear friends over for dinner.  Dad enjoyed the meal as well as the after dinner conversation.  After the guests had gone and just before bedtime, my dad called Mom over to his recliner–something he hadn’t done before.  She brought a chair to his side.  With unusual clarity and articulation, he thanked her for being such a good wife to him throughout their 60 years of marriage.  He expressed his love for her and talked about his affection for Jesus.  It was truly a holy moment.  Mom prayed with him and read some scriptures from the Psalms.   There was something sacred about those shared moments together as if the Lord had given him a premonition that he was about to go to heaven.  Mom felt it too–she suspected the Lord might take him home right then and there as she hugged him in her arms.  When he didn’t, she thought that perhaps he would die in his sleep that very night.

On Black Friday, he did awaken, but his mental and physical condition were beginning to quickly deteriorate.  He was confused and couldn’t dress himself properly.  At one point in the day she found him in his recliner, but it was strangely turned around and he was staring at an empty wall.  By suppertime he had developed Parkinson’s-like symptoms and couldn’t even pick up a fork to feed himself.  After feeding him supper she had to help him shuffle his way to the bathroom, inching his way down the hallway.   (To put this in perspective, up until Wednesday he would go outside for 30-45 minute neighborhood walks by himself every day.)  Realizing she wouldn’t be able to put him to bed that night, she called 911.  An ambulance took him to the hospital.  He would never return home.  The premonition God had given them both was proving true.

We saw God’s sovereign hand in another way.  Cindy and I live in Cedar Rapids Iowa, and we were already on our way to Rockford at the very time that my dad was being admitted to the hospital. Our 35th Auburn HS class reunion was to be on Saturday night, but we had decided to come a day early.  By the time Mom called us we were almost there already.  What a blessing that Mom didn’t have to be alone on her journey!

On Saturday when we went to see Dad, he clearly wasn’t himself.  With rare exceptions he remained in a deep, deep sleep until he died nine days later.  For a few moments during those first few days he seemed to wake up enough to answer brief questions (name and birthday) and at those times he seemed to be vaguely aware of his visitors, but he mostly just slept — restlessly at first (which we observed before returning to Iowa) and calmly towards the end (according to Mom).

How blessed we are for the way God chose to take Dad home! I want to die the way my dad just did — with God’s fingerprints all over the story.    When I reflect on my own mortality I’ve often thought about how I want my life and my death to bring glory to God.  And now I can add, “just like my dad.”

I know I’ll be blogging in the future about his well-lived life!  His was definitely a life with no regrets, a life worth emulating — I want to be like him in every way.

During my week there, Mom and I were able to finalize details for my dad’s Celebration of Life service.  Always the planner, dad had planned out his funeral service in great detail so it he made it very easy for us!  Just as you’d expect!

My dad’s “Celebration of Life” service will be at First Free Rockford, on Tuesday, December 19 at 11 am, followed by a luncheon.  There will also be a visitation at the church the night before from 4-7 pm.